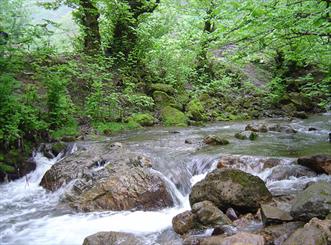 Mashhad - Mehr News Agency: Mashhad air pollution, which for many years has remained an unexplainable locomotive, has urged urban authorities to take action to expand Mashhad green space to open it and build the largest river park called "Forty Range", which is used to refine the pollutants of the metropolitan airspace. Mashhad is a rival for Vakil Abad Forest Park

Mashhad - Mehr News Agency: Mashhad air pollution, which for many years has remained an unexplainable locomotive, has urged urban authorities to take action to expand Mashhad green space to open it and build the largest river park called "Forty Range", which is used to refine the pollutants of the metropolitan airspace. Mashhad is considered a rival for the forest park in Vakil Abad. According to the Mehr News Agency, the urban environment of Mashhad, which suffers from a lack of per capita green space and air pollution, this time will breathe breathtakingly with the construction of a 115-acre park. Deputy Environmental and Urban Services of the Municipality of Mashhad, in an interview with the correspondent of Mehr, said: "This is the central amusement park and tourism center for Mashhad, and it can be an effective project to reduce air pollution in Mashhad. Khalilullah Kazemi stated that the construction of the park has been defined in six phases: he has approved the approval of 10 billion for the completion of the phase of a forty-ripe river park. Referring to the 500 billion Tomans credit for the construction of the National Park, he said: If the planning and use of private-sector partnerships in the 4 to 5 years period, the park can be completed. Deputy of Environment and Urban Services of Mashhad Municipality said the park will be one of the country's most popular places of recreation, in addition to green spaces and amusement places, artificial lake, residential facilities and restaurants, tourist plans, water complexes and other facilities for it. Is. According to Kazemi Mosel, Forty Times is one of the most important issues in the north and northwest of Mashhad, which is actually the main stream of rivers upstream of Golestan. He said the sub branch at the intersection of the Bulvar Student and the Bulwar of the North Khayyam is to be built on the margin of the site and one of the largest recreational projects in Mashhad. According to Kazemi, the construction of the lake and water facilities in this complex will make this park one of the most popular places in the country. Agreed with the regional water company of the mayor of Mashhad, Chelbazah Park with an area of ​​115 hectares and a preliminary estimate of 500 billion USD is considered, and the Chelbah River Park is considered as a recreational and tourist resort for Mashhad. Solat Mortazavi has reported on the problems of the project in providing water resources with the opinion of the regional water company of Khorasan. He said the regional water company, with 900,000 to 1 million cubic meters of water annually, has agreed to form a committee to determine its allocation method. The mayor of Mashhad also emphasized: By using the river's privacy law, the issue of the acquisition of personal and legal property in unauthorized construction around the bed of the Kashlabaz River is determined. According to Mortazavi, the river bed studies will be considered 100 years old and the volume of water will be studied so that citizens will not be in trouble in the future. He also assessed the use of modern irrigation practices in the park in order to cope with the depression crisis. The construction of this park-water complex in one of the deprived areas of the city, besides providing services and facilities for residents of the area, is a step toward turning this metropolis into a water pole in the country and, of course, The capital will be spiritual. Source: Mehr News Agency